With all our strength, we will always be on the side of projects on wildlife and environment conservation, cultural heritage and historical sites preservation. Therefore who works in monitoring, surveying, training for a better nature protection and who works in developing sustainable local economies and promote the value of their traditions become our friend.In recent times more attention has been directed to the dramatic decline of the elephant population due to the explosion of poaching activities: our help goes to who has dedicated their life to those iconic and touching animals. We promote their project spreading awareness among local and tourist communities and support their projects by selling their products in our properties shops.

Following the belief that tourism is the answer to conservation, ED support Shibumi Films because we believe that the most effective way to promote tourism in the southern circuit is to show it on documentaries and on the main wildlife international channels.
We also strongly support Shibumi because of their good working ethic. We have had the chance to see them operating on sight for over 4 years in the bush and we strongly approve their modus operandi, with no interference to the natural behaviour of the animals but also the great care of the tourism industry to alway avoid disturbance to tourist making sure that there is no interference with the tourist experience.

Wildlife documentaries are the most powerful tools that exist in preserving the last remaining wilderness areas of Africa through the promotion of responsible tourism.

To work in these remote areas of Southern Tanzania for long periods of time I would need to find individuals or organizations that also believed in the same vision that I had.

Today I am proud to be associated with Essential Destinations -Tanzania and their vision and unselfish pro-active efforts for the preservation of African Wildlife. I also dearly value the life-long friendships that I have forged with the individuals working within or associated with the company.

Essential Destinations -Tanzania is a group that encapsulates the term ‘Responsible Tourism’ that all too many other companies use as a marketing tool to attract the ever growing eco-friendly tourist markets, particularly from Europe and the USA.

The invaluable support that I have received from the Mdonya Old River Camp in the remote Ruaha National Park enabled me to focus on the subject matter of my films, which in turn influenced the quality and depth of these films.

I hope that my films can contribute in some way to the continued success of the brand and to the greater vision and philosophy of the company-that being the sustainable preservation of these fantastic last wild frontiers of Africa. 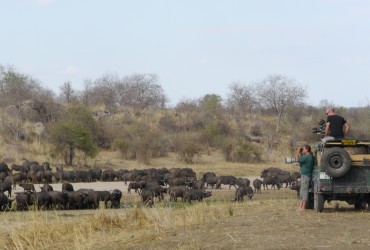 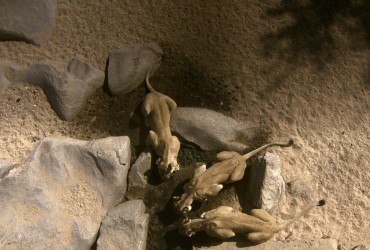 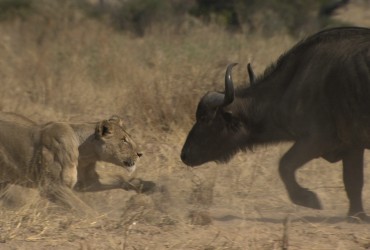 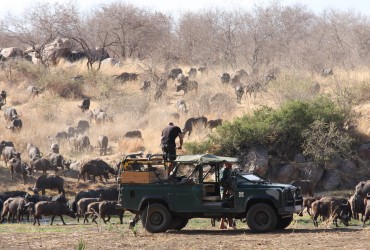 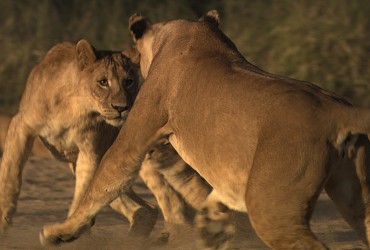 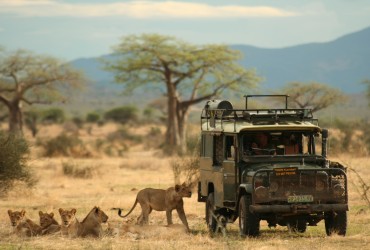 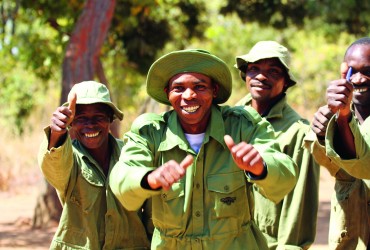 The PAMS Foundation is a not-for-profit conservation organisation registered in Tanzania.

Our Mission is to help sustain and conserve biodiversity, wilderness, habitats and ecological processes through actions that benefit both nature and communities.

Through a small but dynamic team of staff members, the PAMS Foundation implements various conservation projects throughout Tanzania. PAMS supports and works closely with partner organisations in the implementation of projects, and places a strong emphasis on capacity building for project longevity, as the aim of sustainability guides our activities and the approaches we adopt.

In the Ruvuma Elephant Project area in the Selous-Niassa ecosystem, which has been impacted by some of the worst elephant poaching in Africa, PAMS Foundation and partners have managed to reduce poaching to a level where the elephant population is now stable.  Results achieved from the efforts included: the seizure of 1 582 snares, 25 586 illegal timber planks, 805 firearms, 1 531 rounds of ammunition, 6 vehicles, 15 motorcycles and the arrest of 563 people (prison sentences of up to 10 years were given). PAMS also works in the Serengeti ecosystem and in the Ruaha National Park and are making good progress towards achieved improved wildlife protection and community based conservation.

Much of our success, would not have been possible without the support of partners and donors.

PAMS Foundation is very grateful for the support it has received from Essential Destinations and Coastal Aviation.

Since 2013, we are establishing a long-term programme to monitor and study Ruaha’s elephants, through STEP: Southern Tanzania Elephant Program.

So far, we have identified 400 elephants, and evaluated the current demographic trends under pressure of poaching, including a rise in the proportion of tuskless matriarchs.

We use camera-traps and trained field teams to observe elephants at natural springs and other areas where they are at bigger threat.

By focusing our research on the effects and dynamics of poaching, we aim to help the wardens and rangers of Ruaha NP to effectively protect this critical population, and the wonderful Ruaha ecosystem. 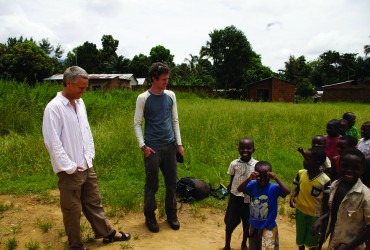